The 35-second loop is reminiscent of one of the first films in film history, "Workers Leaving the Factory" by the Lumière brothers. Here, too, it is about the factory, its workers and the conditions and consequences of industrial developments. The decisiveness of the movements of the workers is representative of the movements of goods and money not shown in the picture. Passing through the factory gates symbolizes the threshold between profit-oriented production site and public space. "Women workers leave the factory" shows how women in Bangladesh leave the factory to have lunch in the surrounding shelters. 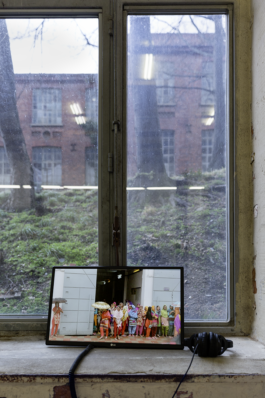 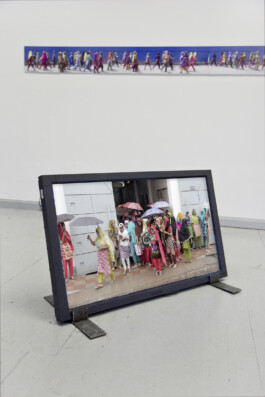